Siddhant Chaturvedi, Sid for short, has been living in Szeged for almost half a year now. He’s been going to school, just like every one of us, even though he might not understand completely what’s going on in half the classes he takes, along with his fellow students of class 11a.

He actually lives in Saratoga Springs, a town of 30 000 inhabitants in the State of New York, 300 kilometres north of the spectacular metropolis with the same name, New York City. He graduated early, having taken advanced level classes, so he got over with all the nuisance of high school in only three years, in order to be able to go on exchange this year. I asked him, apart from a bunch of other things, about what he thinks of our language, what his favourite Hungarian word is, and why he thinks that Hungarians are wild.

Why did you decide to go on exchange?

I’m part of the Rotary exchange programme, and Rotary’s teenage version of it called Interact. I was the president of our local Interact club, and we had an exchange student join us last year, so I thought it was pretty interesting, but I was like ‘oh, I have school next year, I can’t really do this’. Then, we usually go the UN, the United Nations Building every year around November. There I met every exchange student in our district, which is really big, so I met students from Mexico, the Netherlands, France, Germany, Belgium, everywhere… They were all convincing me to go on exchange, and about in an hour I was like ‘ok, yeah, I’ll go on exchange’.

First of all, I applied quite late, so I didn’t have a lot of choices. I had Switzerland, Hungary, Spain, Austria, Poland. Switzerland had a stricter language requirement for some reason, even though Hungarian is way harder. I couldn’t go to Switzerland, so I ended up going to Hungary. I chose Hungary as my second option, because it’s a really interesting country, nobody really goes here from New York, so it would have been a new experience, and it’s definitely a new experience.

Had you heard anything about us beforehand?

Not really, I knew Hungary existed, basically. Other than that, I didn’t really know anything, I only knew about Budapest.

What would you say is the biggest difference between the US and Hungary?

Well, I haven’t been all over Hungary, and I haven’t been all over the US, but where I’m from, New York and between Szeged, I would say that the atmosphere is different. You have a lot of old buildings here, but they’re sort of new on the inside, and all of them are mostly used. Also, there’s very good public transportation here. Back where I’m from, literally, you need a car, or you will die. You can’t get anywhere without a car. Once I get home, I’m going to end up getting a car, so I’ll have to buy my brother’s car.

What about the school?

The school’s pretty interesting, it’s somewhat different. My school, I think, was a little more strict in a sense. You can leave the building after 1 o’clock, and go outside. At the school I went to, you can’t leave the building until the last bell rings at 2.40, unless you have a special permission, which only seniors (twelfth graders) can get. On top of that, you have to come in by 7.40, and all classes start at 8 o’clock.
In addition, every day is a different set of classes here. Back home, I had English, for example, third period every day. I also had Math, Latin, History every day. You have all those classes every day for 40 minutes, with 5 minutes breaks in between. There’s also a lunch period, just 40 minutes dedicated to lunch. Some kids have another free period, when they can go to the library, roam around, or they can just stay in the study hall room. Also, you get to school by public transportation, back home, you have to get driven in, or you can take the school bus. Those big yellow school buses you see on TV shows, yeah, we have those. It’s different here, because I can go to school on my own, get a coffee first, and come in. Back home, I would have to get coffee at my house, drink it there, then get on the school bus, and go straight to school.

Also, Hungarian schools, like all European schools, I think, don’t really have sports with the school, they don’t have club teams. In the US, we have sports with the school, so I was on the swimming and diving team for ninth and tenth grade, then I quit, because I didn’t like my coach at all. But we have American football, soccer, field hockey. My school is a gigantic school, so we have a lot of funding going into our sports, it’s ranked pretty high up.Plus, you have multiple high schools in Szeged, in my town you only have one, and every kid in that gigantic district goes to that high school. You can go to a private school, we have those, but they’re mostly religious-based schools, and some of them are insanely expensive.

The entrance of the high school Sid went to.

I think it’s really interesting, it’s small enough, so I can explore and enjoy it, but it’s not too small, where I feel like I’m closed off of everything. There’s a good amount of shops here, restaurants. Also, having the university very close helps meeting other students from other countries. I have made friends with a lot of Indian students. My parents are from India, so I’m of Indian origin, I speak Hindi, and it’s really interesting to interact with these kids. The first time I have been to Dokk Café, that’s where they usually hang out, I was like ‘what the heck, why are there so many Indian people here?’. I went up to one of them, and said ‘so, are you a university student here?’. Through that, I got introduced to almost all the Indian kids here. I think if I lived in Budapest, that would not have had happened at all, because it’s such a big city, I wouldn’t have met the Indian population there.

What about your class?

I go to 11a right now, they’re really nice. I think since they had another exchange student last year, they’re used to have one. It’s really interesting to see Western culture in another country.

What do you mean?

I mean, memes! They’re kind of the same here. Also, I noticed that nobody really texts here, they usually use Messenger, Whatsapp, Facebook is really popular. But nobody uses Twitter, which I find really annoying. Snapchat is sometimes used, too.

Have you made any friends?

Yeah, in my class, I’ve become friends with most of the boys and some of the girls. Then, I met other people too at parties that I went to or my host sister. You basically just run into people and introduce yourself, you kind of have to do that.

Yeah, I’m at my second one right now, they’re really nice, I like them. I just moved in with them about a week ago. It’s still a new experience, but I’m getting the groove of things. They’re supposed to make you feel like home, and they do make me feel home, so I’m really happy about that. My third host family isn’t decided yet, I don’t know anything about them.

Do you feel homesick?

Not really, because it’s quite easy to communicate with my friends.

You’re also taking Hungarian lessons. What do you think of our language?

Nagyon nehéz. I don’t think I’ve ever had this much difficulty with learning anything. I’d like to think of myself as a smart kid, but this language is insane, it’s so complex. I’m just used to English, and Hindi sometimes, and I got both of those as I grew up, so it was really easy for me to pick up. Hungarian is not related to anything, and I took Latin in high school, expecting that I could learn any language, but Hungarian has nothing to do with Latin. The only relatable thing is conjugations. But it’s really interesting to learn it, and I like it.

How long are you staying in Hungary?

I’ll be staying until June 28 exactly. I started in late August, so I’m staying for the whole school year. We have two Eurotours, these are extra, I have paid for both of them. One of them is in April, and the other in May, so we lose 2 weeks at school.

English teachers are bound to take advantage of you in English classes.

Yeah, definitely. I’ve noticed the way English is learned here. It’s quite different, it’s British English. My parents learned British English, so I’m used to that, too, but it’s still different. The pronunciation is quite off, the spelling is sometimes like ‘oh, what’s happening?’.

What do you want to study at university after going back?

I want to go to the University of Southern California Film School and study film and TV production.

Finally, let me briefly ask you about your favourite things in connection with Hungary. Favourite drink?

My favourite drink would have to be sparkling lemonade here, we don’t really have that in the states.

That would have to be boldog, it’s just a funny word, I think.

My favourite place in Szeged would have to be Széchenyi tér, since you can go anywhere from there.

How do you mean wild? We’re said to be one of the most unhappy nations on earth.

You guys are so much more fun than Americans, I think. You’re funnier, livelier, nicer, et cetera. But, yeah, when you’re with friends you guys are awesome, but usually, you don’t smile a lot.

With the help of Mrs Éva Székácsné László 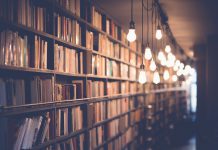 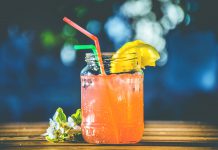